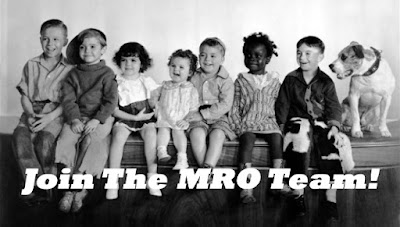 Well, we’ve got some big news to announce today here at Mad River Outfitters.  If you’ve been in the shop this last year, you’ve undoubtedly met David, and he probably bent your ear in two.  The Bad News: David’s moving to New Orleans to chase redfish and enjoy the many other offerings of the Crescent City. The Good News: he’s going to remain a part of the team while he’s down there, working with us on several exciting projects – including one that’s going to blow your mind!

The OTHER good news:  we’re looking for a new team member! This is your chance to become part of the team here at Mad River Outfitters, one of the fastest-growing companies in the fly fishing industry!

That’s right, business here at Mad River Outfitters has been exploding over the last few years, and we can’t keep up without you! We’re looking for an individual familiar with the shop and our mission: to provide an exemplary customer service experience, the best in the business. We are looking for people-oriented candidates who enjoy interacting with anglers and other customers as much as they enjoy fishing. The ideal candidate will is a hard-working idealist who likes working in a comfortable environment but isn’t afraid to get his or her hands dirty. Fly fishing experience is a must, but you don’t have to be Flip Pallot to impress us – after all, there aren’t any fish here in the shop.

“I knew I wanted to work in the outdoor retail industry, but the experience of being a part of a small, family-style team, as opposed to a bigger retail experience, is probably what kept me engaged in the business,” David told us in his exit interview. “This team isn’t made up of co-workers, but friendships  I expect I will have for life. I enjoyed sharing information with customers, but what I learned dwarfed what I could ever have shared. This is a great shop, and I envy whoever is about to take my place.”

If you are interested in being a part of the team at one of the country’s largest and fastest growing fly-fishing outfitters, shoot us an e-mail! A formal cover letter isn’t necessary, but please do include these details in the e-mail, along with your resume:

-          What is your approximate level of fly fishing experience?

Send resume and info to: admin@madriveroutfitters.com 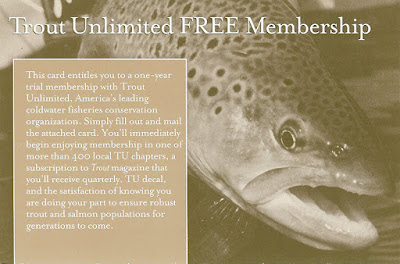 Place ANY order of $100.00 or more at www.madriveroutfitters.com and we'll include this voucher for a FREE 1-year membership to TU!

No coupon necessary! All Holwer Brothers at 30% OFF between now and September 1st. 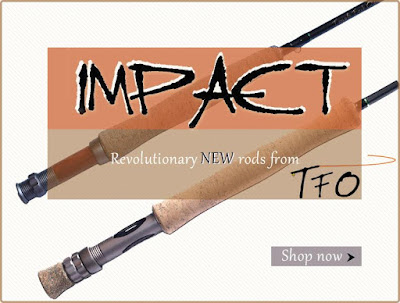 Incredibly light and incredibly strong, the Impact feels like nothing you’ve ever cast. At first glance, it seems shockingly slow for a high-end rod – and then your cast doesn't fall apart as you overpower it.....your loops actually get tighter!!! And then it dawns on you, like a very subtle joke, that this rod is DIFFERENT…

The culmination of several years’ worth of development and some of the top minds in the industry, Temple Fork Outfitters’ new high-end rod has been one of the most anticipated sticks of recent history.  Versions of the Impact have been in the hands of some of the country’s top anglers and guides for over a year, as TFO continued to tweak their new flagship.
Now the Impact is hitting racks across the country, and anglers ought to prepare themselves to be astonished.
In an era where performance is equated almost solely with blisteringly fast rods, the Impact approaches the concept from a different direction. The Impact isn’t a slow rod – in fact, it’s one of the most powerful pieces of graphite available.
It’s just different.
“If we can equate high-end fly rods with muscle cars, then it’s easy to see the Corvettes out there, and the Camaros – as well as the Mazda Miadas,” said guide and outfitter Brian Flechsig, of Mad River Outfitters, one of the first dealers to get their hands on the new rod. “If that’s the case, then the Impact might be more like a Tesla Roadster. It doesn’t look like a Corvette, it doesn’t sound like a Corvette, it doesn’t even drive like a Corvette…but there’s no doubt in anyone’s mind that it performs like a Corvette, or even better.
“It’s just that different,” he said.
Flechsig first took up the Impact as an experimental version in an 8 weight while fishing for bones off Andros Island. He immediately noted the rod’s slim profile – almost half of the blank diameter of other 8 weights, and one of the lightest on the market.
“I fished it for five days straight,” he said. “I didn’t even take another rod out of my quiver.”
Blane Chocklett, Virginia’s musky hunter extraordinaire and originator of such pivotal recent flies as the Gamechanger, was on the team that advised rod designers working on the Impact. He’s been fishing the rod for around a year, in both his home waters and around the world.
“Usually, to get something out of a rod, you have to give up something else,” he said. “That wasn’t the case here. The new technology being developed [at TFO] let’s you get everything you want in a rod without making sacrifices.”
Chocklett acknowledges that the rod feels different but says that, once the caster stops trying to overpower and lets it work as it was designed, it’s a dream, turning over large flies and casting into the wind with ease. He notes that, like most rods, finding a line that properly complements the Impact is important; he said he’s found Scientific Angler’s Titan Taper to be a great fit.
And the elasticity of the rod, coupled with its strength, means that when you transfer the energy of the fight where it belongs – to the butt – the rod continues to earn its keep. With a traditional fast rod, the extreme stiffness of the butt means the fighting energy of the fish is transferred to the angler, and the emperor’s new clothes are suddenly revealed: most expensive rods are exclusively casting machines that offer precious little in the way of fish-fighting power – not the best thing when wrestling a powerful saltwater gamefish, and not the best thing for protecting class tippet, either.
“I took a 34-inch false albacore on an 8-weight Impact, in the 20 pound range,” he said. “It was going crazy and I was really putting the wood to it. You’re able to feel everything – almost like fiberglass, which allows you to fight the fish way back on the grip, how you’re supposed to.”
“This rod is just stronger,” he continued. “It’s not going to break or fail nearly as often as other rods. That’s even more incredible when you consider its weight and the diameter of the blank.”
Chocklett believes the rod could revolutionize angling for hard-fighting species such as carp, redfish, and bonefish – but, in the hands of the right angler, the Impact could end up being the go-to rod for even bigger quarry: he recounted a battle between the Impact and a monster 40-inch flathead catfish last summer.
He also thinks TFO is onto something significant with the new ultra-high modulus carbon fiber debuted in the Impact.
“They’re going to do all kinds of different things with this new technology,” he said. “This is only the beginning.”